Part Three of our Plan for the Future 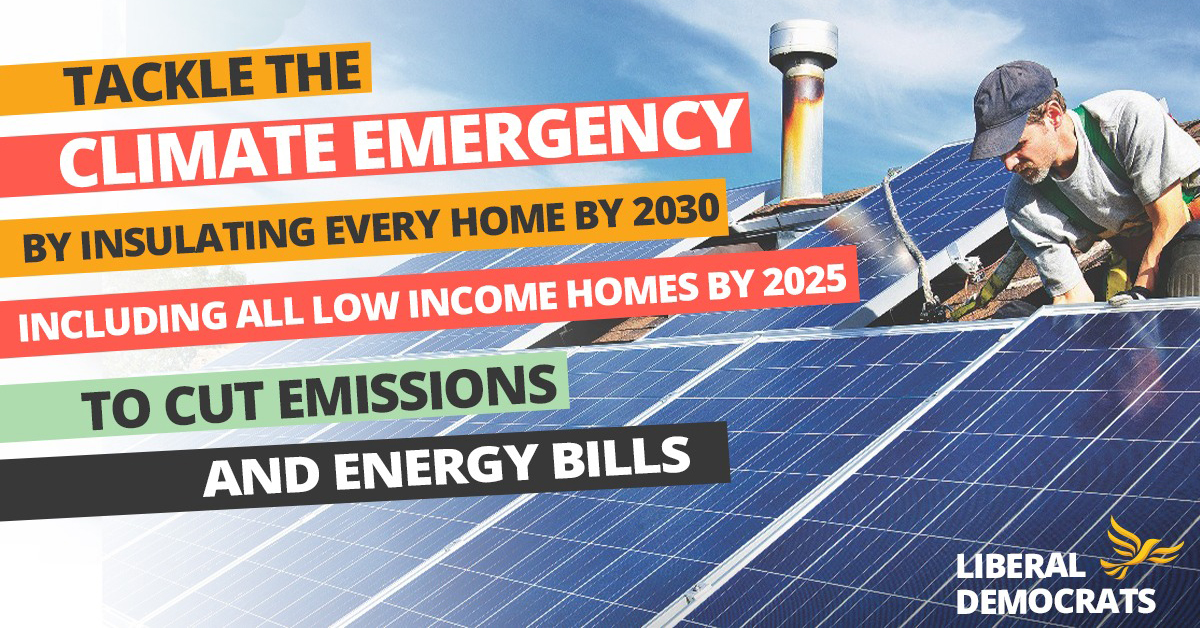 The Liberal Democrats will tackle the climate emergency and deliver a bold green plan to build a brighter future.

The UK should be leading the world on tackling the environment crisis. Our planet is on the brink of being irreparably damaged and we are responsible for that damage.

The climate emergency is real and our planet is heating to unsustainable levels. Young people have taken to the streets because they’re so worried that the Conservatives are failing to act.

This climate catastrophe will create huge global inequalities and we have a moral duty to protect the future; that's why, as part of our Plan for the Future, the Liberal Democrats have set out ambitious plans to tackle the climate emergency by generating 80% of electricity from renewables by 2030 and insulating all low-income homes by 2025.

“Every vote for the Liberal Democrats is a vote for a Prime Minister that will deliver a bold green plan and a brighter future.”

As one of the party’s key priorities, a Liberal Democrat government will raise the energy efficiency standards for new homes, as well as investing £15 billion over the next Parliament to retrofit 26 million homes. This would save the average household £550 a year on energy bills.

We are the only party dedicated to building a brighter future by tackling the environmental crises with urgent actions. We are the only party with a bold, credible and detailed plan to tackle the climate emergency as soon as possible, to put climate action at the heart of our government, and to reverse the damage we’re doing to our planet.

The Liberal Democrats will take bold action to tackle the climate emergency and build a brighter future.

Learn more about our Plan for the Future here.