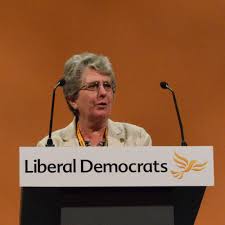 The government has accepted the principle of an amendment from Lib Dem Peers Baroness Pinnock of Cleckheaton and Baron Shipley of Gosforth to set in place an escalator of council tax charges. This would mean that the longer a property was left empty, the more council tax would have to be paid.

Last week Lib Dem leader, Vince Cable called for an increase in council tax for properties that have deliberately been left empty as part of a wide ranging keynote speech on tackling the country's housing crisis.

“I am glad to see the government have listened and accepted the Liberal Democrat amendment in the House of Lords.

“The introduction of escalator payments would be an important step in tackling the housing crisis and I hope to see more of our proposals taken forward.

“The housing crisis is a human crisis. With thousands of people unable afford a home of their own, trapped in temporary accommodation or worse sleeping on the street, it is long overdue that action was taken.”

“The basis of our amendment this, a premium of 200% after five years and 300% after 10 years for those properties that are empty for 10 years or more. Any incentive to get more properties into use by families and individuals who desperately need a hand is one that we can all support.

At the same time, it stops empty homes from being a blot on their communities—and we all know examples of that.