Fire Safety Bill: Calls for inquiry into impact on leaseholders 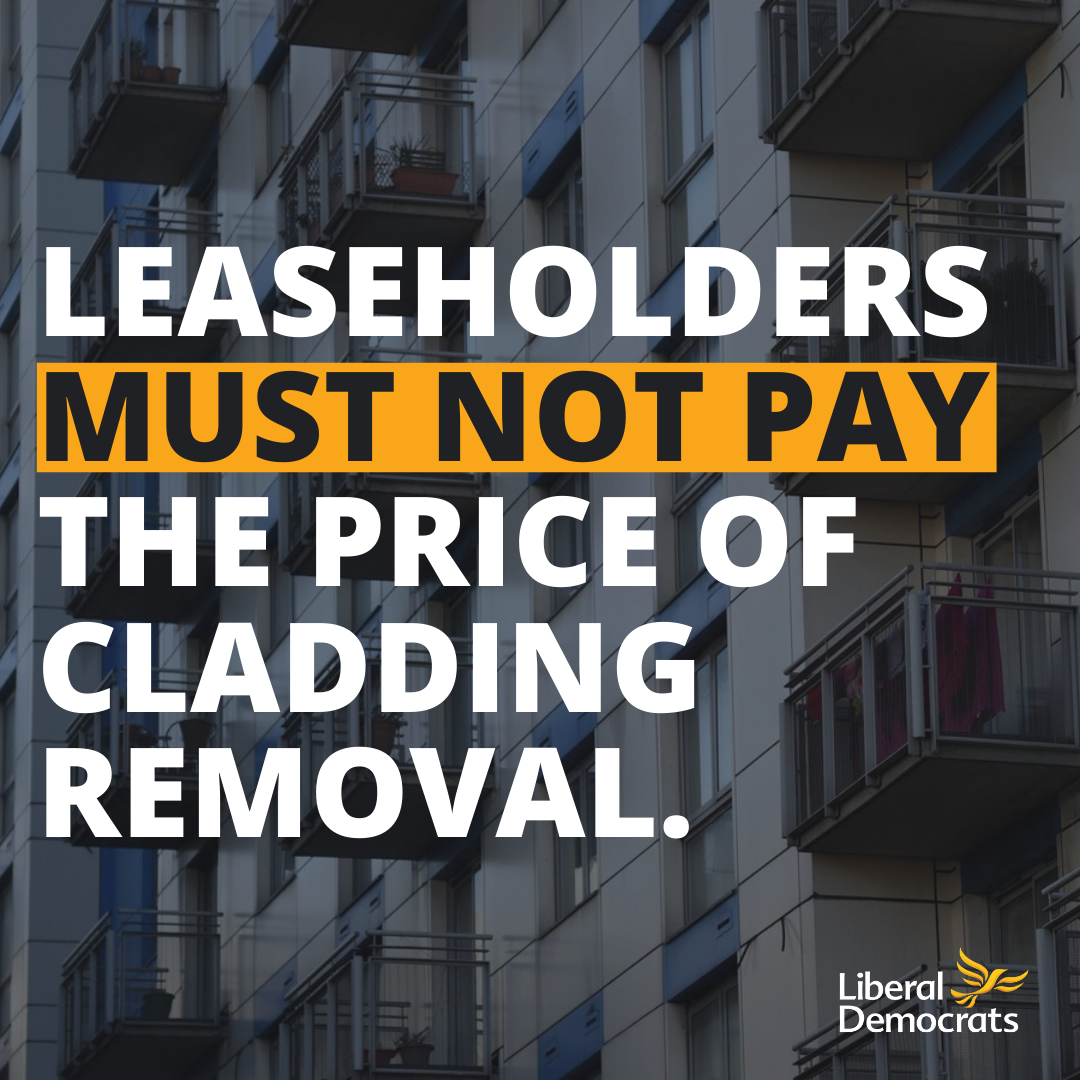 Liberal Democrats have called for an inquiry into the impact that the cost of the building safety crisis is having on leaseholders and tenants faced with huge bills for fire safety works.

As the Fire Safety Bill returns to the Lords today, Liberal Democrat Peers have tabled an amendment that would stop the cost of remediation work being passed on to leaseholders and tenants, and would also require an inquiry into the cost of the work and whether the Government should have taken action earlier to prevent huge bills landing at the feet of those affected.

Ahead of the debate on the bill, Baroness Kath Pinnock, who tabled the amendment, commented:

“Our top priority is to stop these huge bills being passed on to leaseholders and tenants. But the Government also must recognise the impact that this crisis has already had on thousands of people across the country.

“People are being trapped living in homes that, through no fault of their own, are unsafe. They are facing huge hikes in their monthly bills to cover the cost of waking watches and other measures that are needed to mitigate the risk of fire.

“We have heard the heart-breaking stories of hundreds of people being forced to declare bankruptcy, or even being made homeless, because they just cannot meet these costs. It is clear that the Government itself does not know the true extent of this crisis, or how many are affected.

"An inquiry would lay bare what so many already know to be the reality of the situation, and would be an important step in ensuring those affected are able to seek redress. But the Government must take urgent action to stop thousands more facing these extortionate costs.

“The Liberal Democrats will keep fighting for justice to end the building safety crisis.”