We must make sure that our values of liberty, equality and community are still heard.

The new year has brought with it a new relationship with the European Union. This has presented huge challenges 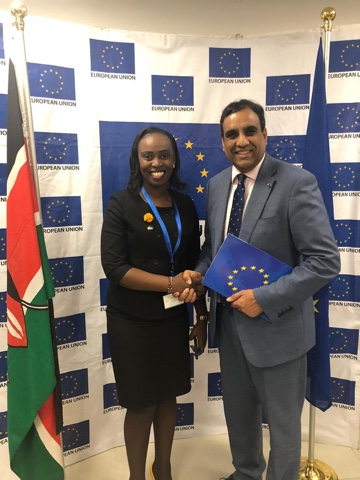 which risk causing economic damage to both the UK and the EU. The border chaos that we have seen, sacrificing free trade of services in preference to fishing rights, and a trade border in the Irish Sea are all Government choices that will have a real impact for many years to come. I worry that this trade deal and new relationship will make our country poorer, less open, and less tolerant.

It is in all our interests to have close relations with the EU. We had a louder voice on the world stage as part of the European Union than we now do on our own. As an MEP I represented the European Union at a United Nations conference in Nairobi, Kenya. I know first hand what a difference working together can have. I championed women’s reproductive rights and gender equality. Our country’s values mattered, and were heard by over 170 world leaders. This was in no small part because I was speaking as the united voice of 500 million people.

My greatest concern is that we as a country, and the world as a whole will be worse off in the years to come. By going it alone; our influence on the world stage is diminished. This is the challenge we now face as a country. As Liberal Democrats we must now fight to make sure that our values of liberty, equality and community are still heard.