64,885 businesses in Yorkshire and the Humber close 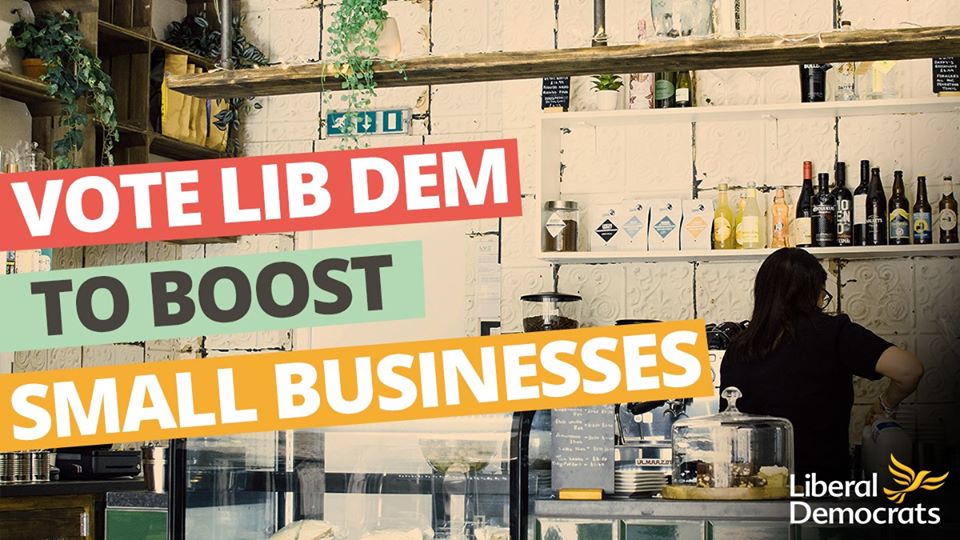 The Federation of Small Businesses has warned that a no deal Brexit, which Boris Johnson has repeatedly refused to rule out, would mean more damage to firms. Firms are also being held back by the Conservative government's failure to reform business rates, and by new taxes on the self-employed that business groups have described as "disastrous".

Liberal Democrats have said that they will Stop Brexit and invest the £50 billion Remain Bonus in improving public services and tackling inequality. The party would also put in place a package of measures to support small businesses and boost high streets in Yorkshire and the Humber, including:

“Boris Johnson and the Conservative Party have failed small businesses in Harrogate and Kanresborough, saddling them with years of Brexit uncertainty and ignoring urgent calls to reform business rates.

“More than 7,500 local businesses in North Yorkshire have closed their doors under the Conservative government’s watch. Each business closing represents jobs, investment and opportunities lost to our area.

“Now Boris Johnson wants to plunge small businesses into even more uncertainty and worry by pursuing a Brexit plan that risks yet another No Deal cliff edge in December 2020. They have lost any right to call themselves the party of business.