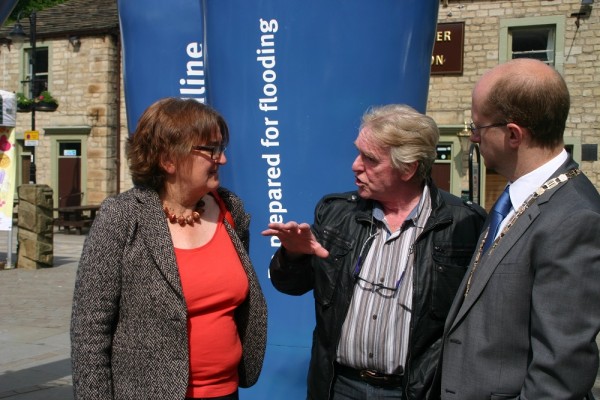 "The figures quoted of the damage done by the floods to local shops and businesses are just mind-blowing” says Janet Battye (Calder ward). "2,500 out of the 8,000 businesses across Calderdale have been affected, with financial losses already reaching £15m."

"The problems that we now face are of the time and cost for shops and businesses to get up and running again in the short-term, and longer-term problems of lack of insurance cover and lack of knowledge about how to make buildings flood-proof."

"While the government talks of the apparently large sums of money that it’s giving to Councils, this does need to be used flexibly and may only be able to provide limited help. The bigger problem concerns there not being enough money available for flood protection work: we still have a £15m funding gap for the programme of work put together after the last floods!”.